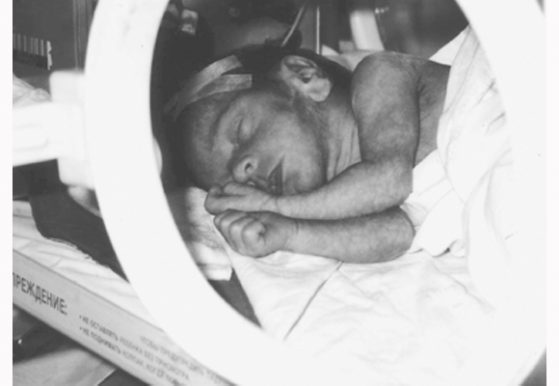 In October of 1995, FHH’s founder, Rev. Cecilia Kronawitter traveled with a team of doctors and medical missionaries from Universal Aids for Children to the Ukraine. Due to the extreme poverty, caused in part by the economic decline in post-Cold War Russia, many children were orphaned or simply abandoned.

The team visited several orphanages and a pediatric hospital. This hospital specializes in Neo-Natal Intensive Care for premature babies. The equipment and supplies were antiquated to say the least. Latex gloves were being sterilized and re-used; linens were yellow with age.

A special case the team handled was a premature baby boy, which had been abandoned on the street. After being abandoned, the baby appeared to have been attacked by a dog. The baby was discovered in time to be kept alive and have his wounds surgically repaired. At the time of the team’s departure, he was resting peacefully in an incubator.

Since our initial three trips, healthcare has improved for those in Eastern Europe. The orphanages were found in good condition, but in need of more staff and basic necessities. The children need nutritional supplements, new bed linens, hygiene products and basic necessities that we take for granted every day.